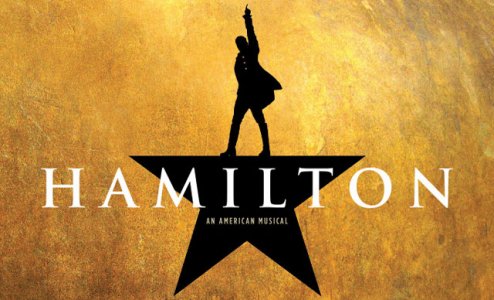 Hello again! So, if you haven’t heard of Hamilton, where have you been?? Hamilton is an American Broadway Musical, and has risen to popularity over the past few years. It details the life of Alexander Hamilton, the first Treasury Secretary of the United States. I first heard of this tag on Christine’s (aka Polandbananasbooks) channel, but the original idea came from MaureenKeavy on YouTube. I thought I would join in (about a year later), because I recently saw the play! I have been obsessed with the music for a while now, and the play was absolutely fantastic. So, in honor of Hamilton, here is the Hamilton Book Tag! (Questions in gold)

The Room Where It Happened: book world you would put yourself in.

HARRY POTTER!! How could anyone’s answer be different?! It’s one of the only book worlds that would not immediately thrust me into a dangerous situation. I would give nearly anything to have magic.

I’m going to steal Christine’s answer here, and say Hermione Granger! Harry and Ron wouldn’t have survived past eleven years old if not for her. She’s clearly a hero, and I will fight anyone who says otherwise.

Satisfied: a romantic get-together that was a surprise (SPOILERS HERE)

“Satisfied” is my favorite Hamilton song! For this, I definitely have to answer Rowan and Aelin from the Throne of Glass Series. I was one of the original Rowaelin shippers, during Heir of Fire, but was still shocked when they got together. Sarah J. Maas spent the entirety of the third and some of the fourth book saying they would never be end-game, and that their relationship was purely platonic. But lo and behold, they got together! I love Rowaelin, but I was definitely surprised at the author’s inconsistency.

I love this song, first of all. It’s just so emotional; I even cried listening to it the first time. There are two most heartbreaking ends to a relationship that I’ve read. One is Day and June’s breakup from the Legend trilogy. Their relationship end was a little bit cliché, and quite frustrating, (I mean, memory loss, seriously?) but extremely sad and upsetting all the same.

Two, I must talk about Sam and Celaena’s break-up in the Assassin’s Blade, a novella of the Throne of Glass series. His death and torture were just the most devastating things, and so was the way Celaena reacted to it.

The Reynolds Pamphlets: book with a twist (SPOILERS HERE)

Lord of Shadows by Cassandra Clare! I love all of her novels, but this is the one that popped into my mind. I also think City of Heavenly Fire, the sixth and final book in the Mortal Instruments series, would qualify, but Lord of Shadows is just more recent. The ending to that novel broke my heart and I’m still absolutely shattered. It’s been four months, and I’m not over the pain. If you’ve not read the book, stop here, because I will be totally and completely spoiling the ending.

It was so painful to read Livvy’s death, and I’m terrified of the implications for the next book. Julian’s reaction will not be pretty to watch (or read?), and I’m a combination of extremely apprehensive and extremely excited for the next one.

Non-Stop: a series you marathoned

This is a difficult question, because school has just stolen time away from me, and I rarely get to read things that aren’t school books. If I had to decide, I would choose the Stormlight Archive, by Brandon Sanderson. There are only two (almost three!) books out, but each is about 1500 pages, and I just ripped through the books. They are amazing, absolutely worth the time, and I am so excited for the next one!

What Did I Miss: a book you were late to reading

I have two! First, the Divergent series by Veronica Roth. I wasn’t old enough to read it when it was released, and by the time I did, people were kind of over it. This was a long time ago, however. A more recent book I missed was Illuminae, by Amie Kaufman and Jay Kristoff. I have a review of it here on my blog! So many of my friends told me to read it, and it was the big thing in the YA world for many months. I recently read it, only to find out the craze had died down, quite unfortunately.

Who Lives, Who Dies, Who Tells Your Story: a book to be remembered

I’m sort of a one trick pony, sorry, but my answer for this is definitely Harry Potter. It’s the best-selling novel of our time, and I know I will certainly tell any children I have to read it. I hope that Harry Potter will always be remembered. /*

Thanks for reading! Please leave a comment down below on your thoughts about Hamilton. See you all soon!!

Hi everyone! I'm just a person who loves to read and write, and wanted to share her thoughts with the world. Thanks :)