Trials of Apollo: The Hidden Oracle 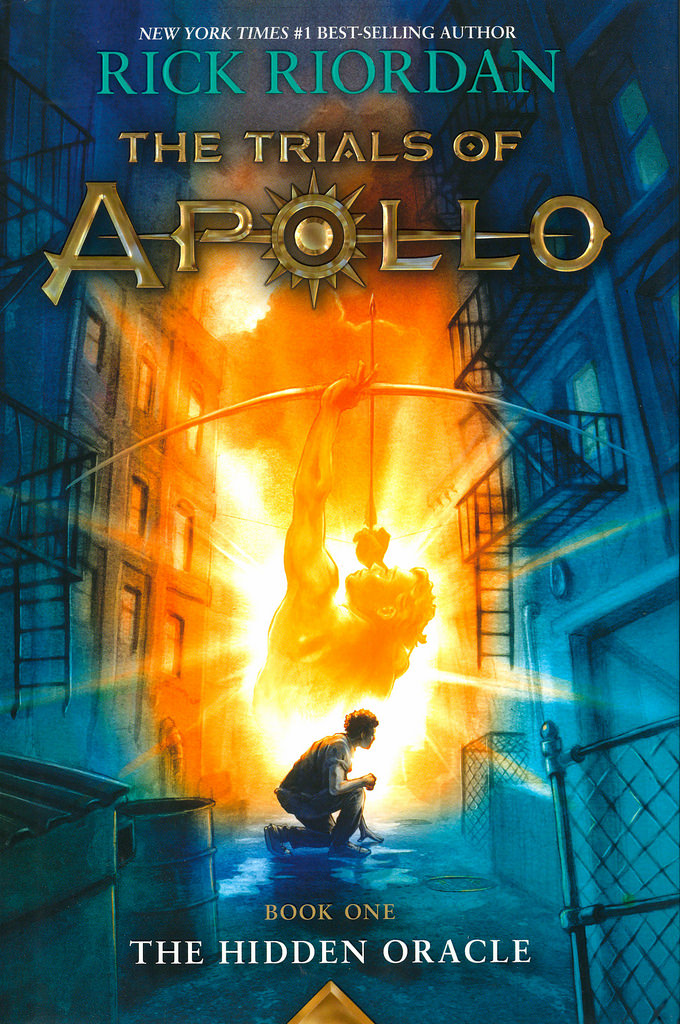 I already wrote this review, and then the computer froze, and I’m very annoyed because it was a great review, but aside from that, here are my thoughts on the Trials of Apollo!

I was very disappointed with this book. I pretty much only read it because the Seven were in it, and I knew there would be closure from Blood of Olympus. I still enjoyed reading it, but it was definitely not even close to as good as Percy Jackson or Heroes of Olympus.
These were my problems with the book:

1. APOLLO. I freaking hated Apollo. He was the most self-absorbed, selfish, prideful, irritating and annoying main character. He showed almost no character development at all, except when he performed “great magic acts”. I hated this even more, because after these acts where he felt remorse and guilty, he went right back to his old self.
2. MEG OMG. She was such a horrible, flat character. There was nothing interesting about her, I felt like she was a cardboard cut out of a “flawed main character” who is extremely powerful. She showed no character development and was, frankly boring. However, I did like how Rick Riordan mentioned child abuse in a subtle, yet impactful way. He showed how some children would deal with this stress, pain, mental+physical abuse.
3. It was literally fanfiction. Like seriously. We had the oh so perfect reunion with Leo and Calypso, which was the main thing that annoyed me. SO much. It was so boring and expected. That was the part that hurt me the most, because that reunion was the biggest let down. They come back after 6 months with no contact, arriving at Camp Half-Blood in the middle of a quest-ish thing.
AAAAAAAHHH. Also, every single one of the Seven were mentioned, and explained away.
Solangelo became canon (Nico di Angelo and Will Solace you should know this) which I loved but it was a very “fan” thing to do. Lastly, Rachel was jealous of Apollo liking the other oracles. If you didn’t know, many many people ship Rachel and Apollo (like what?, he’s a god i’m so confused but it’s your opinion) and Rick kind of conceded to it, and I found that annoying. Rachel would never be stupid enough to fall for someone like Apollo.
4. The plot. It was different enough from the Percy Jackson series that it wasn’t a carbon copy, but it was a copy of pretty much any children/YA novel out there.

All of this said, I still really enjoyed the book. It was written mostly well, and despite some annoying characters and a a partly boring plot, it was interesting. I truly loved how he touched on issues that many people ignore, like child abuse, and gay rights, using his platform as an influential author to help people understand these things.
I ship SOlangelo so much, they are so so so sos sos sososs cute together!!! Also the way Rick showed us them was absolutely perfect.
I honestly think that Blood of Olympus should have been the end, and that the epilogue had actually been an epilogue, and he had just finished the series then. I think he should either commit to having a series about Percy and the rest of his life, or commit to another set of characters.
Anyway, I recommend this book to anyone who has read the other series, and loves/likes them, but if you haven’t, don’t read this book. Read the first & second series they are so much better!
As you can read, I was very disappointed by this book, but I will defnitely read the next one (because Percy and Leo and Solangelo and Annabeth duh) but I will have much much lower expectations!
P.S i might have rated this book 2 stars if not for percy+solangelo

Hi everyone! I'm just a person who loves to read and write, and wanted to share her thoughts with the world. Thanks :)